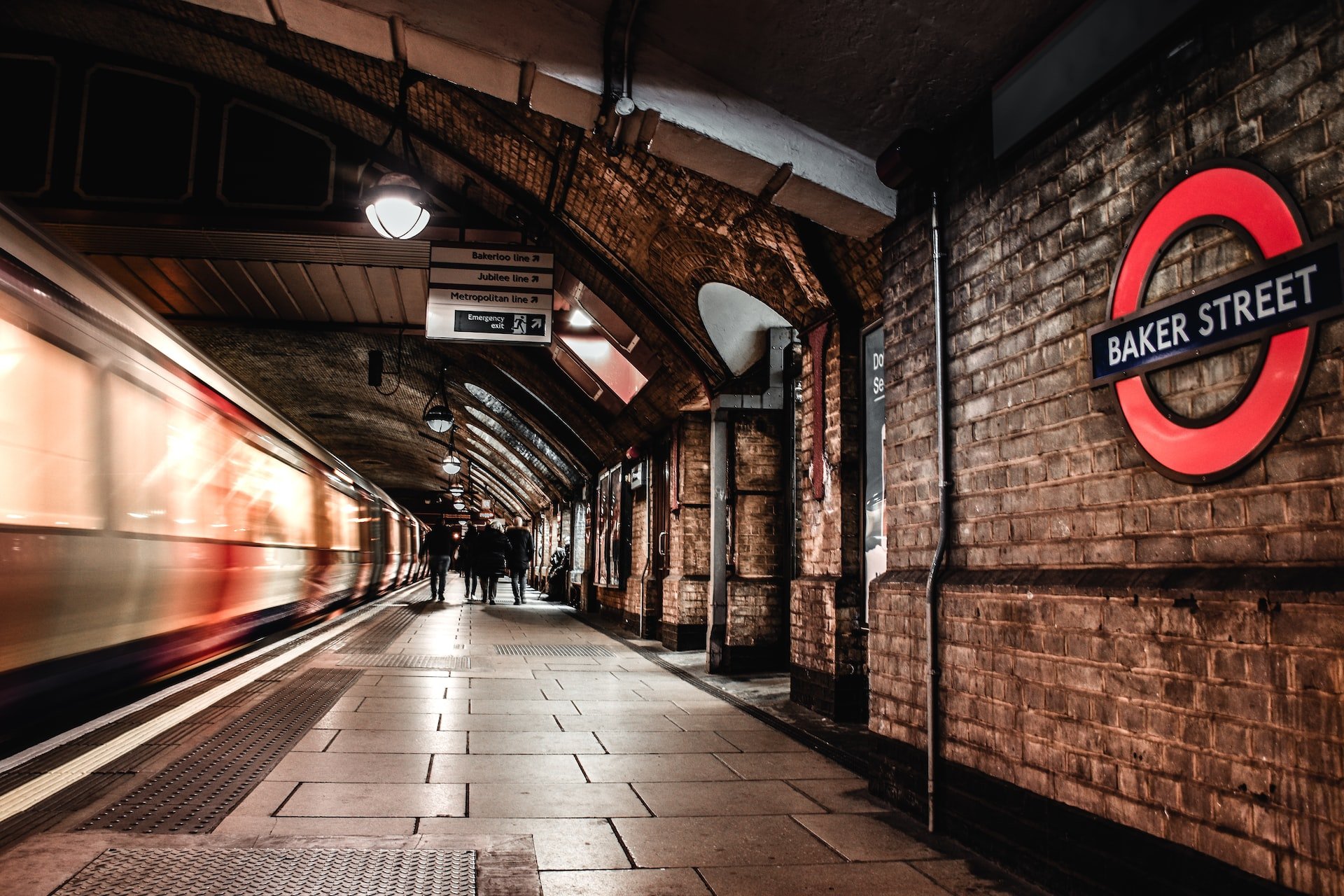 London’s Underground is the oldest metro system in the world. It opened in 1863 and profoundly impacted London and its development over the following century. The tube network has expanded steadily, with multiple new lines added over time. In this article, you will find everything you wanted to know about the London Underground history.

The very first excavation for a tube

In 1860, the London underground history begins! The Metropolitan Railway began work on what would become the world’s first underground railway. It was opened in 1863 by Prince Edward, later King Edward VII.

This railway set the pattern for all subsequent tube lines. The line used electric trains, which was an immediate success; passenger numbers increased from 1m to 2m a year within three years of opening. The line ran from Paddington station to Farringdon Street via Baker Street and then north through Angel (now Islington) to King’s Cross St Pancras (the latter two stations are now joined as St Pancras International).

Londoners were not immediately convinced

The first Underground line was not an immediate success. Londoners did not immediately embrace traveling the Underground, which they found too expensive, dangerous, and noisy. They were also concerned that it was dirty and smelly.

In the early days of the London Underground history, there were many different kinds of dangers that people were exposed to. The first and most apparent was the fire. It was not unheard of for parts of stations to catch on fire and cause severe damage. Another danger was flooding. Water tended to get into the subway tunnels through cracks in walls or windows being left open during construction. Explosions were also a concern because workers often used dynamite or gunpowder while working on tunneling projects. This could lead to fires spreading throughout an entire station if precautions weren’t taken.

In addition to these accidents, a small number also injured passengers. Especially those who had been riding on trains when they collided at high speeds. Some people sued London Underground for negligence over these incidents. They thought someone should have known better than allowing such conditions, despite knowing how dangerous they could be!

Despite that, they were much safer than their above-ground equivalents

Despite the new dangers of underground trains, they were much safer than their above-ground equivalents. The first underground railway opened in London in 1863, and a second line opened two years later. Many more lines and expansions followed this over the next decade.

The safety of these railways was not something that could be taken for granted in those early days. In fact, there was some concern about whether or not it would even be possible to build them safely. However, this concern turned out to be unfounded. When accidents did occur, they often arose from issues with signals or crossings rather than problems with trains themselves. This was due mainly to inexperience on behalf of drivers operating these new machines, as well as inadequate training programs (or non-existent ones) within companies who owned these vehicles.

In 1862, an above-ground part of the Metropolitan Railway was opened

In 1862, London Underground history gets an above-ground chapter. That is when the city of London first opened an above-ground part of the Metropolitan Railway to passengers. There was a gap between Paddington and Farringdon Street. In 1863, this gap was filled in, and the world’s first subway – from Farringdon Street to Bishop’s Road, Praed Street – was opened to passengers.

The name “Metropolitan Railway” was adopted for its trains on 1 January 1863 when it became apparent that today’s London Underground network would be much more extensive than just one line from Paddington to Farringdon Street. The name remained until 1933, when it changed again after using “London Passenger Transport Board” for nearly two decades (1923-1933).

The opening of the London Underground profoundly impacted London’s growth and development over the following century, as it provided an easy means for people to travel to and live in parts of London that had been previously inaccessible.

London Underground has expanded steadily since it was first opened. The network now covers much of inner London and part of outer London, with more than 250 stations spread out along its lines. In addition to serving commuters traveling between their homes and places of work, London Underground transports millions of tourists annually who visit attractions such as Big Ben or Buckingham Palace via convenient subway stops near them.

The growth in population and other transportation needs meant that by the early 20th century, there was growing concern about how best to cope with these issues effectively while still keeping costs low enough so that all citizens could afford to use public transport when needed.

The only solution seemed like building a better system for moving people around without significantly impacting traffic flow throughout most areas except during rush hour periods when everyone needed transportation at once!

The tube network has expanded steadily ever since

With the tube network steadily growing, London’s transport needs also expanded. The city continued to grow rapidly, with the population increasing from around 1 million in 1800 to 6 million by 1900. That number increased to over 8 million today, with London accounting for about 14% of the UK’s total population.

While other cities grew too large for their infrastructure and transportation systems to cope with demand, Old London was able to expand its infrastructure at an equal rate. This was primarily thanks to the deep tunnels constructed under its streets by the Underground Railroad Company that allowed trains to run beneath its surface without disrupting daily life above ground.

The London Underground is the oldest underground rail network in the world. It is also the third largest metro system in the world after Tokyo and Seoul and the second busiest in Europe after Moscow.

It began as a series of underground railway lines built to connect some of London’s major stations. In 1863, these lines were connected by a loop known as Metropolitan Railway or “The Tube”. This became known as today’s Circle Line.

London underground history is vibrant and colorful. This train system has played an important role in helping London cope with its growing population and transport needs. The tube network has expanded steadily, with multiple new lines added over time. It might not be the most glamorous of modes of transport, but it is still one that millions of Londoners rely on daily.