In The Fight Against Covid-19, Public Transport Should Be The Hero, Not The Villain 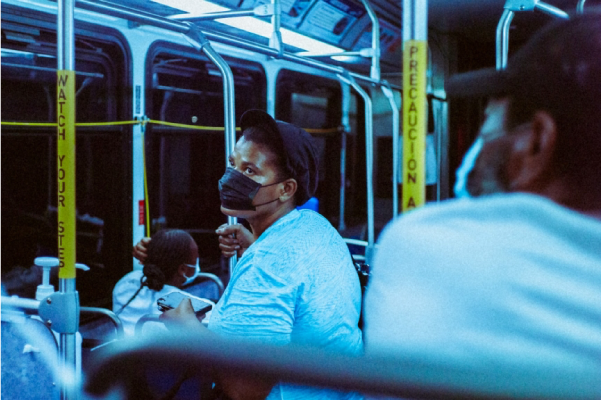 The transport sector will have a critical part in getting economies moving again while curbing the spread of COVID-19. As I explained in the first part of this blog series, the easiest way to ensure business continuity and control the pandemic is to encourage telecommuting. Still, not everyone can work from home. Many people need to leave their home to generate income. And the provision of products and services remains dependent on workers accessing their jobs.

Many of those who must continue commuting rely on public transport systems, which are uniquely positioned to carry large volumes of passengers through busy urban areas. Even during a pandemic, public transport remains the backbone of sustainable mobility and essential to economic recovery.

With the right measures, public transport can be COVID-safe

First, the good news: there is growing evidence that public transport riders do not face higher infection risk than anyone else. While Hong Kong relies heavily on mass transit, it has registered only 1,100 COVID cases. Japan is also highly dependent on transit, yet researchers “did not trace any clusters to Japan’s notoriously packed commuter trains… Riders are usually alone and not talking to other passengers. And lately, they are all wearing masks.” A recent study in France found that of the 150 infection clusters that appeared after reopening the economy, none could be traced back to public transport. Several authors rapidly and convincingly debunked attempts to blame the subway in New Your City for spreading the virus. For example, Manhattan had the highest density of subway lines but the lowest incidence of COVID-19 cases. In contrast, areas with higher car use had higher contagion rates—some researchers found that it was cars that seeded the epidemic.

The promising data on mass transit and COVID-19 is no coincidence. Since the beginning of the pandemic, most public transport operators have quickly stepped up to the plate and taken concrete action to make transit systems COVID-safe for staff and passengers. For the sake of public health, economic recovery, and environmental sustainability, we must keep the momentum going to preserve the appeal of public transport. As long as the virus is here, transport providers must adapt their operations to minimize the overlap of the three Cs: Closed and Crowded spaces, and Close contact situations.

Many transport systems have adopted stricter cleaning protocols with anti-viral chemicals or simply with soap and water –the virus “is no match for plain old soap.”

Still, touching a surface such as a handle or a bar is not believed to be the primary way for the virus to spread. Proper ventilation is critical. Transport companies should instruct their drivers to open windows systematically or keep the air-conditioning on. However, the AC cannot be in recirculation mode, because air must circulate within the space to prevent contagion.

The proper physical distancing between riders is another critical requirement. The World Health Organization recommends people stay at least 1 meter (3.3 feet) to minimize transmission risk. Masks could help reduce this distance and are effective at preventing the spread of germs in public transport. Still, there is a need to reduce occupancy rates and avoid crowding on transit vehicles. Public transport and particularly mass transit cannot operate initially at high occupancy rates due to regulations to reduce the risk of contagion. To make this possible, countries around the world have temporarily capped transit capacity: Colombia, for instance, has announced that public transport can now use only 35% of its capacity, while the UK has set an even lower limit of just 10%. Governments can increase these caps as the epidemic evolves, and scientists gain knowledge on key epidemiological parameters.

If cities are to decrease passenger density on public transport vehicles, they need to maintain frequent service, which requires predictable speeds and traffic conditions. Easy to say but challenging to implement—especially in developing countries, where residents own fewer cars, but, paradoxically, tend to experience higher congestion levels. The solution: “pop-up bus lanes” or bus priority lanes –implemented of course with proper road safety considerations. The New York Metropolitan Transit Authority, for example, has requested 97 km of new bus lanes in response to the pandemic.

But despite the best efforts of professionals across the sector, there is no denying that the COVID-19 crisis has dealt a massive blow to public transport. Demand nosedived almost overnight, leading to considerable financial distress for formal and informal public transport operators. The issue is complicated. The bottom line is that, if governments offer subsidies, they must set proper incentives to avoid service reductions and get operators committed to long-term improvements.

After COVID-19: rethinking the future of public transport

The current situation could have a profound impact on the way cities approach their transport policy, even once the virus subsides. The measures described in this article may have been taken hastily in the face of a global public health emergency. Nonetheless, these measures already challenge many deeply-rooted assumptions about urban transport. Think of the space that private cars are supposedly entitled to in comparison to mass transit. Something as simple as a pop-up bus lane lets us envision what a transit-friendly city could look like: a greener, more inclusive place where the road belongs to everyone. People at all income levels could get around quickly and efficiently.

This article was originally published on World Bank Blogs.